There are many different choices that can be made when selecting temperature measurement devices for industrial systems. When faced with these decisions, there are many factors to consider: accuracy, sensitivity, price, temperature range needed, etc.

This article will discuss three types of temperature measurement devices, a brief description of how each works, and some of the benefits and downfalls to each based on the way they are used to measure temperature.

In industrial applications, thermocouples use two wires made from different materials that are joined on one end to create a voltage difference at the opposite end of the wires.  The temperature difference along each wire creates a magnetic field which varies for each because of the different materials used in the two wires.  The two magnetic fields cause a voltage potential to be generated at the unconnected end of the wires.  For PLC applications, this potential is measured by the processor.  Most I/O cards used to measure temperatures via thermocouples will have pre-programmed values for the rate of change of the measured voltage versus temperature.  For Type J thermocouples, made using iron and constantan wires, this rate of change is approximately 50µV/ºC.  This is then used against the known temperature at the I/O card to calculate the temperature at the mounting of the thermocouple.

Any corrosion or interference from other signals will have a large effect on the accuracy of the measurement with thermocouples.  Corrosion can cause the magnetic field created by the temperature difference across the wires to be much lower than expected and the very low voltage signals are highly susceptible to interference.  Like most temperature measurement devices, the relationship between the measured signal and the temperature is not actually linear, but it assumed to be so, which can also be a source of some error.  However, since wire is essentially the only limiting factor, temperature ranges for thermocouples can be very wide making them useful for applications where very high or very low temperature measurements are necessary.

RTD’s use the measured resistance of a coil of wire to calculate temperature.  PT100 RTD’s are the most common type of RTD used in industrial applications.  PT100 RTD’s are made with a platinum wire coil and 100 is the measurement of the resistance of the device in ohms at 0ºC.  Nickel and copper are other materials that may be used for an RTD coil.

RTD’s come in two, three, or four wire configurations.  Two wire RTD’s are the simplest, with the two wire being the opposite ends of a single resistive element used to measure the temperature.  Three wire RTD’s add one more wire which is used to compensate for the resistance of the wire lead running from the instrumentation out to the RTD in the field.  This is essentially achieved by measuring the resistance between the two wires that are on the same side of the RTD and subtracting it from the resistance measured across the device.  Four wire RTD’s essentially take two different measurements of the resistance and use them to eliminate any thermocouple-like magnetic effects caused by differing wires or any voltage drop issues that may come from long lead lengths.

RTD’s use the temperature coefficient of resistance calculated between 0ºC and 100ºC.  This along with other factors limits the temperature range at which RTD’s may be used as compared to thermocouples, while still being wide enough for most applications (-300ºF to 1500ºF for PT100-385 for example).  RTD’s have a fairly slow response time, so for rapidly changing temperatures, other measurement devices may be preferable.  However, RTD’s are very accurate for most temperature ranges in industrial applications and can last much longer with fewer irregularities than many other temperature measurement devices.

When choosing a temperature measurement device, it is important to consider all factors and specific conditions of the application.  If high accuracy is desired and cost is less of a factor, using an RTD would probably be recommended.  If accuracy is less important, then a thermocouple could be more beneficial.  Whichever way that you go, it is useful to understand how your temperature measurement device is operating.  Hopefully after reading this article, you will be a step closer to achieving your goal. 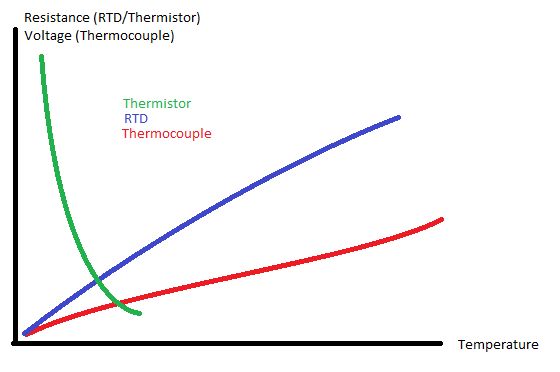 What is a Lot Number and Why Do I Care?

We hear a lot about product recalls these days. Everything from cars to children’s toys to dog food gets recalled for various reasons. Sometimes you get a notice in the mail telling you that to take your car to the nearest dealer to… 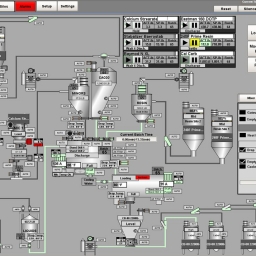